Stonecroft was established in 1982 and was one of the first vineyards in the area, which has more recently become known as the Gimblett Gravels Wine Growing District®. At that time, the area was not valued for any type of agriculture because the land was stony and infertile. When Stonecroft’s founders, Dr. Alan and Glennice Limmer, first planted vines they were therefore taking a calculated risk. Dr. Limmer was a soil scientist and had been consulting for vineyard owners in Hawke’s Bay, so he recognised the potential of the area. Stonecroft’s neighbours included a rubbish dump, a drag race strip, a gravel quarry and an army firing range.

The Limmers’ initial application to construct a winery on the site was rejected by the local council. Luckily this decision was overturned on appeal and so the way was paved for wineries to be established in the region. That was only the first step. Although wine could now be made at Stonecroft, following that success the Limmers embarked on a lengthy process persuading the local council that the area should be zoned for viticulture. This involved a legal battle with a company intent on quarrying for gravel in the area. Litigation continued for almost a decade and during that time Stonecroft remained the only winery in the vicinity.

The court case was finally won in 1992 and investment in wine industry activities poured into the Gimblett Gravels Wine Growing District®. Almost all of the neighbouring land is now covered in vines.

A single row of vines comprises Stonecroft’s original Syrah planting. These vines were planted in 1984 and are the oldest producing Syrah vines in New Zealand. They were rescued by Stonecroft’s founder, Dr. Alan Limmer, from the viticultural research vine collection at Te Kauwhata (now defunct).  The vines were probably originally imported from Australia around 1900 by Romeo Bragato, largely ignored, and then in the 1970’s became part of a research programme to test virus elimination techniques. Fortunately this treatment was successful. Once the programme was completed, the research station had no use for the vines and they would have been discarded if Dr. Limmer had not uplifted the vines and planted them at Stonecroft.

This material, representing the sole source of Syrah in New Zealand at the time, was made freely available to the New Zealand wine industry as interest in Syrah production increased. Dr. Gerald Atkinson has undertaken some interesting research on the history of Syrah and his findings to date can be accessed here. 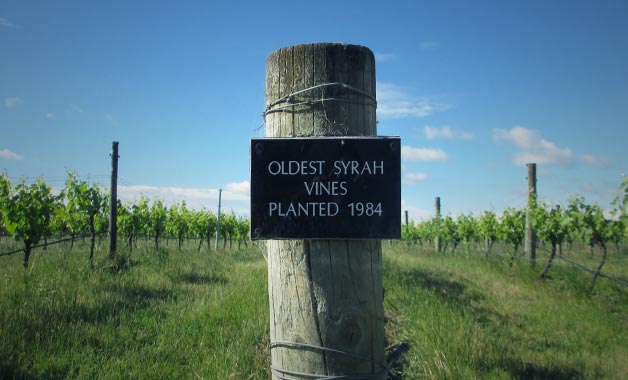 Receive our newsletter as well as offers and specials

WELCOME
ARE YOU OF LEGAL AGE TO PURCHASE WINE
IN YOUR COUNTRY OF RESIDENCE?